The Safety Team unequivocally supports “yes means yes” legislation, but what is it exactly? And how does it differ from that old saying of “no means no?” 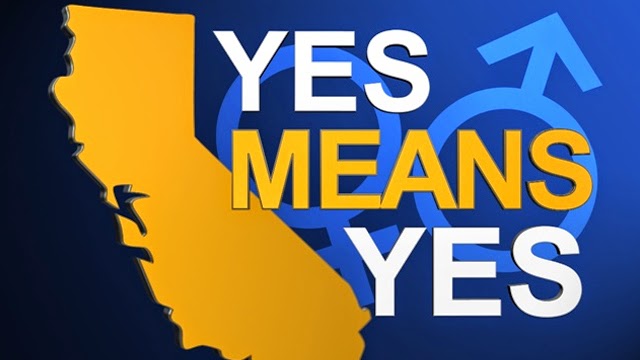 If you haven’t heard of the legislation you can read about the recent passage in California here. There has also sadly been a large amount of backlash against the legislation. In most cases it’s simply a misunderstanding of what the law is and why it’s important, in the other cases it’s more of the same denial of sexual assault as simply “bad sex” or lying women trying to get men in trouble.

For those on that extreme end, I fear there is little to be said. Reality will be denied regardless of what we say, no matter how awesome the Safety Team is. (And we are quite awesome!) For those others I think we can help. 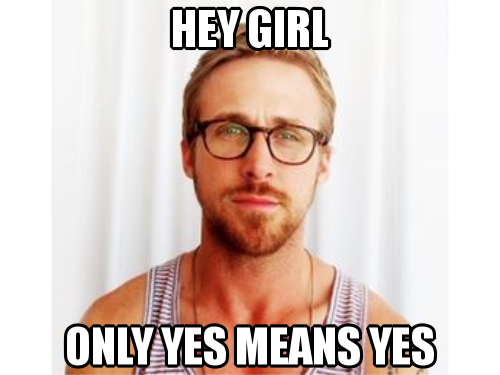 What is “Yes means Yes?” Yes means yes legislation requires affirmative consent. This means that
for sexual contact to be consensual both parties must have agreed to it with a yes. This means that if a person is asleep or unconscious, sex is never consensual. It means that there is clear communication and for those worried about rape accusations coming from miscommunication, this is unambiguous. Yes is yes, anything else is no.

How is that different from “No means No?” It’s a subtle, but vital distinction. First off if we think of the default with “no means no” it means that I have access to your body unless you say no. It means that the default is always consent, and it is your responsibility to stop me.

Think about that for a minute.

That’s how we talk about sexual assault in our culture. It is your responsibility to stop it if you don’t want it to happen. That is powerful and as a woman, a bit defeating to think about. It’s a tremendous burden. 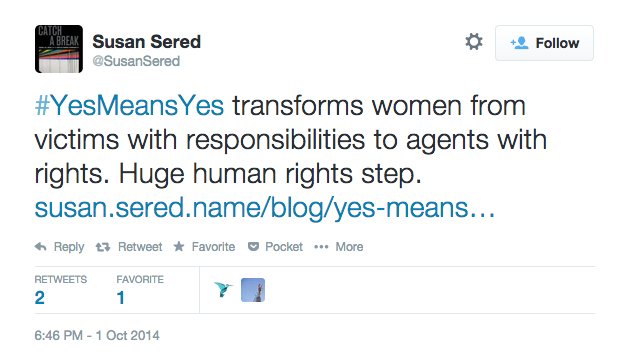 Now, think about the default with “Yes means yes.” It changes the entire conversation because now it’s not about stopping something from happening, it’s about consenting. True consent. It means I do not have any access to your body until you say yes. That means that sexual contact happens when we both agree to it.

That change in default is an important one in terms of how we think about sexual relations. It makes us equals in the decision making process and that is an amazing step forward!

That has to end. The burden should not be to stop the contact. The “burden” should be to get consent. 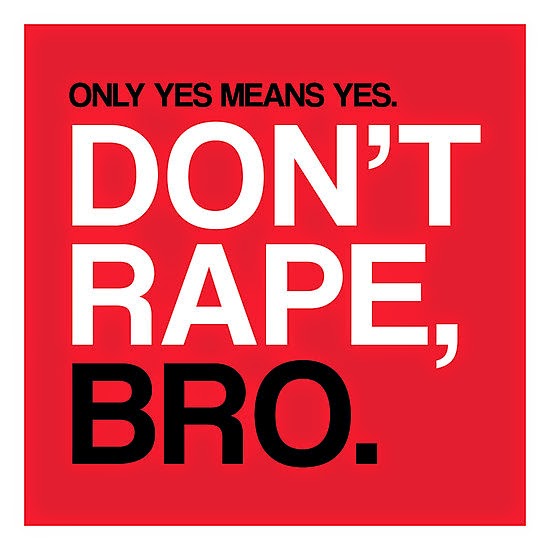 Doesn’t it place an extra burden on the accused?*teeth grinding* I am unsympathetic to this question, but I keep seeing it on the internet so I figured I should respond. The burden at the moment is all on the victim to prove that she was raped. This involves discussion of what she was wearing, whether she liked him, whether she was a virgin, whether she was drinking etc. (And yes, men are raped too, but they are rarely asked the same questions.)

In my mind this one thing takes pressure off of both parties. It is clear and should free up any concern of miscommunication. And for the life of me I can’t see why anyone would object to getting a yes. Is it so hard to say, “Do you want to have sex?” If it is, then maybe we should be talking about that issue and why we can’t talk about sex.

Maybe we should ask why we’re more comfortable with women (and men) being raped than we are with talking about sex. Food for thought.

Doesn’t it ruin the moment? This is silly to me, but I would remind people that the same arguments were made against condoms. Thankfully we got over that and many people have perfectly satisfying sexual relations while also being safe. Communication is sexy. Period. 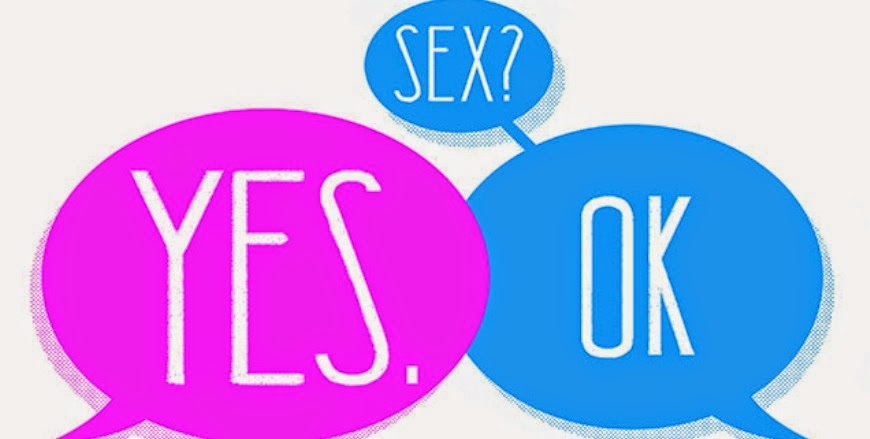 Now, do I think this legislation will stop rape? Unfortunately no. I do however think this is an incredibly important step forward. It’s an important shift to the conversation and for the first time states clearly that women and men, have a right to dictate what happens with their own body. This is crucial.

Hopefully parents and educators will take this and help frame the conversation of how we talk about consent. What is consent? When do you have it? But, that is a topic for another blog post. Until then, take care! The Safety Team is dedicated to offering programs that are cutting edge, research-based, effective, and responsive to the voices and needs of women. With the support from workshop fees, donations and grants, we have developed an … END_OF_DOCUMENT_TOKEN_TO_BE_REPLACED Sign-up for an internship or volunteer.  Are you a … END_OF_DOCUMENT_TOKEN_TO_BE_REPLACED

“It’s reassuring as a mother to see my daughter learn about defending herself and to practice with other women who understand about feeling not safe in some situations.”
END_OF_DOCUMENT_TOKEN_TO_BE_REPLACED

Sign-up for an internship or volunteer.  Are you a college or high school student? Speak to your school about an … END_OF_DOCUMENT_TOKEN_TO_BE_REPLACED

The Safety Team recommends a variety of apps, organizations, and information, some of which can be found here. Click below to view apps, helpful links, and … END_OF_DOCUMENT_TOKEN_TO_BE_REPLACED